Skin cancer is the most common cancer and is increasing at a rapid rate. There are many types of skin cancer but the most common types are basal cell carcinoma, squamous cell carcinoma and malignant melanoma. The cause of these cancers is complex and involves multiple factors including ultraviolet light exposure (sunlight, tanning beds), genetics and changes in genes (DNA) that control cell growth.

Other types of skin cancer such as lymphomas and sarcomas involve abnormalities of cellular control genes. Internal causes such as those arising in the colon, prostate, breast and lung can spread to the skin or scalp and can appear as a lump or bump.

This is the most common cancer affecting human beings, with over one million cases diagnosed each year in the U.S. Former President Ronald Regan had BCC removed from his nose while President. The majority of lesions appear on sun exposed skin. They can present as pink-pearly colored bumps or non-healing sores that bleed. Sometimes, they may have a firm, scar like appearance with no symptoms. BCC rarely spreads to lymph nodes or internal organs, but can be dangerous in that they can destroy important structures such as the eyelid, nose or lips. They are diagnosed with a relatively quick and simple biopsy performed in the office.

Therapy includes surgical excision, radiation therapy and in selected cases, use of creams that stimulate the immune system to destroy or shrink the tumor. The cure rate is over 95% if diagnosed and treated at an early stage.

This tumor also favors sun exposed skin as well as skin that may have received radiation therapy or skin near a chronic wound such as an ulcer. They are also much more common in patients with suppressed immune systems such as organ transplant patients, patients undergoing chemotherapy or patients with a history of chronic lymphoytic leukemia or HIV infection. They appear as growths that may be pink or flat or bumps with some red or pink color. They often have a rough, scaling, “dry” appearing surface and may be tender to the touch. Advanced SCC has the potential of spreading to internal tissues such as lymph nodes and the lung which is why early diagnosis and treatment is crucial. Diagnosis is made by biopsy which is performed in the office. Most patients find the procedure to be easy with minimal discomfort.

Therapy includes surgical excision, radiation therapy and injection of medication into the SCC. The cure rate for early SCC is very high but declines for more advanced tumors.

The incidence of this tumor is increasing rapidly and affects approximately 1 in 50 Americans. This compares with an incidence of 1 in 250 in the late 1970’s. MM is the most common cancer (of any type) affecting women ages 25-29 years and the second most common cancer affecting women ages 30-34 years. It is increasing at the fastest rate of any cancer with the exception of lung cancer in women. Epidemiologic studies show a relationship to severe, blistering sunburns before age 19 years, fair complexion and use of tanning beds. Sites of predilection include sun exposed areas in Caucasians-the face, back, chest and extremities. Common sites for African Americans include the palm, sole and fingers. MM can also involve non sun exposed areas such as the mouth, genital-rectal regions. Many people are unaware that both benign moles and melanoma can be found on the retina (back of the eye). Molecular biological studies show a relationship to certain gene mutatious (MC1R gene mutations, CDKN2A-P16 gene mutations) as well as abnormalities in cellular control (such as BRAF and NRA’s).

Diagnosis is made by skin biopsy performed in the office. Again, most patients find the procedure is easy and quick. The prognosis of MM is dependant upon early diagnosis and removal. Early detection and removal has a very favorable prognosis while the prognoses is less favorable in more advanced cases. A major advance in early diagnosis involves the use of a technique known as dermoscopy. This technique involves the dermatologist examining the mole with an instrument called the dermatoscope. The dermatoscope is painlessly applied to the skin, allowing the dermatologists to evaluate the appearance of the mole in the deeper regions of the skin. MM viewed under the dermatoscope has unique visual features not seen with simple, routine examination of the skin or benign moles. This allows the dermatologist to diagnose MM at an earlier stage as well as identify harmless skin growths that do not require biopsy or removal. This diagnostic technique is frequently used by the dermatologists at Dermatology Specialists and has improved the quality of our care. Approximately 90-95% of melanomas appear as a mole with a color change. Often one half of the mole appears different from the other half. The border of the mole often has an irregular, uneven quality as opposed to a smooth, round or oval shape. There may be different colors within the melanoma, including red, white, blue, grey, black and pink. Often melanomas change shape, color or appearance over time or may produce itching, bleeding or a strange sensation on the skin.

Other Important Services Provided at Dermatology Specialists for Our Patients Skin biopsies obtained from our patients are evaluated exclusively by dermatopathologists-doctors who specialize in microscopic diagnosis of the skin specimens. They have received additional education in microscopic diagnosis of skin biopsies and have passed a special examination. Dermatopathologists employ the latest diagnostic techniques, enhancing accurate and precise diagnosis. They work closely with the dermatologists at our practice, leading to high quality diagnosis and therapy for our patients. 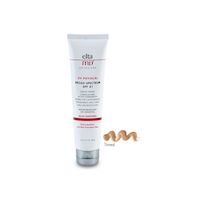 Elta 41 Tinted For oil-free sun protection with just a touch of color, our lightly tinted UV Physical is a healthy choice. 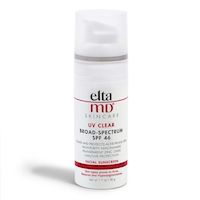 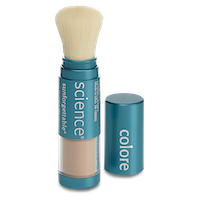 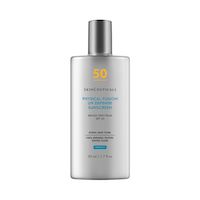 Skin Ceuticals Sheer physical 50
A tinted sunscreen fluid with 100% mineral filters provides broad spectrum UVA/UVB protection while promoting natural radiance and a more even skin tone.
view more products
Stay current on all our Specials and Promotions by signing up for our Newsletter!
sign up now